“We’re playing a team who will be young and quick but you can’t put a price on experience, which we have in abundance at WMF”
– Simon Karrie, Coulsdon & Carshalton Academy Director.

We Make Footballers are constantly challenging ourselves to develop as the leaders of football coaching for children of all abilities ages 4-12 and we do this by ensuring we bring our A GAME to everything that we do.

For this reason, we have put together the WMF dream squad and challenged AG Academy to a showdown match on the 17th of December as part of our Winter Series of Tournaments. 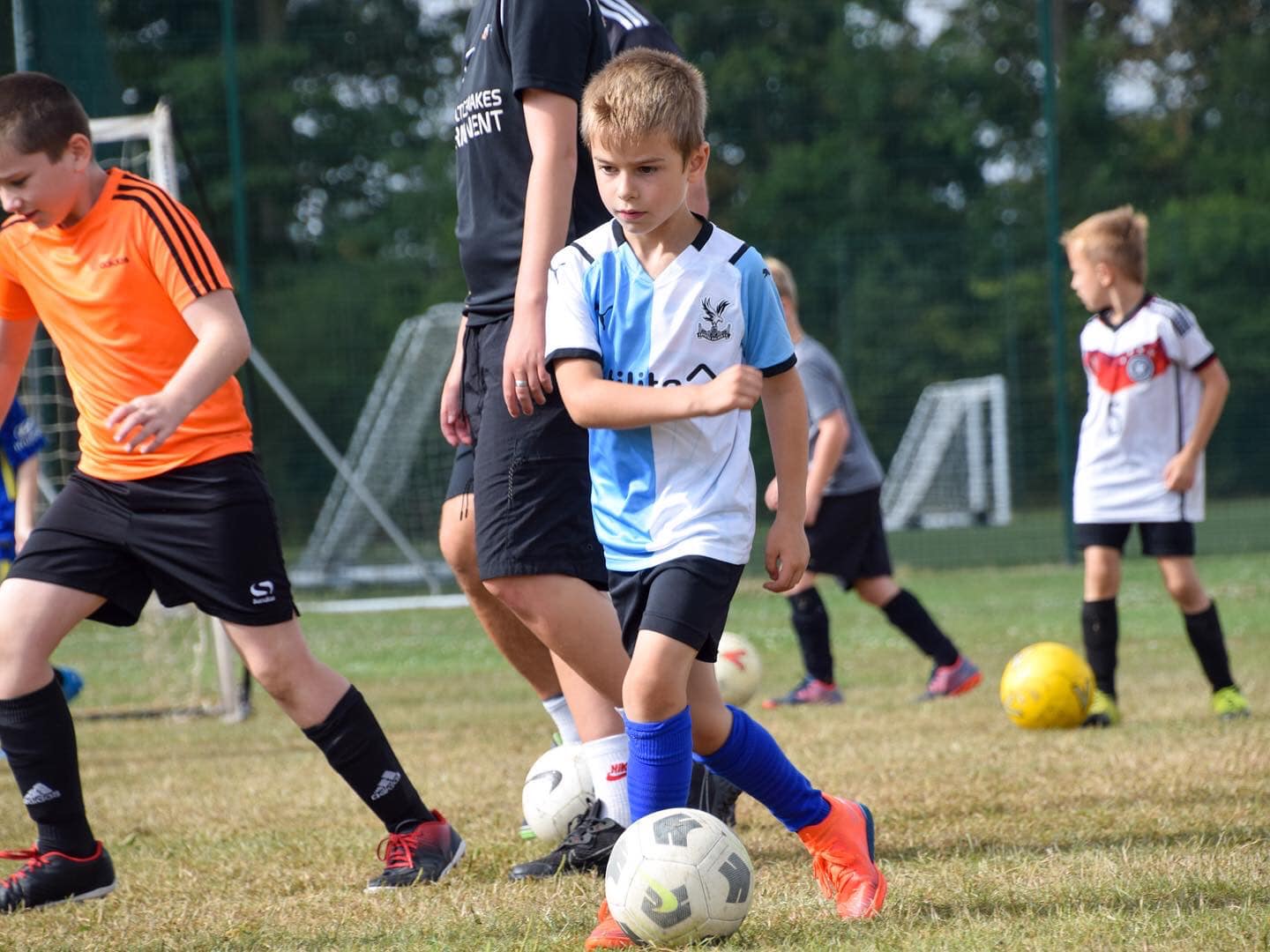 We Make Footballers deliver the best football coaching by ensuring we have the best and most experienced coaches, with all of our coaching team having played high levels of football, some in academies, semi-pro clubs and with some even reaching professional (see our success stories).

As momentum builds, our coaches have been preparing for the big game and they are now counting down the days in anticipation.

Founder and CEO of We Make Footballers, Sean Conlon has been working closely with his squad of players on strategy in preparation. He also is looking forward to enjoying the game with a coaching team he has worked hard to build over the years:

“I’m really looking forward to playing this game. I haven’t played 11 aside for a long time but have been training hard privately in preparation for the game. So many of my friends are going to be playing for our We Make Footballers team so the banter levels will definitely be high. My favourite coach who got me into coaching will be the ref so it will fantastic for him to see me play, my mum and dad will also be watching the game. I just hope the left winger isn’t too fast and skilful!”

“I’ll be giving those youngsters at AG Academy a lesson on finishing. I’ll make sure I apologise to their keeper in advance. My score prediction: WMF 5 – 2 AG Academy“.

Coach Esmond is one of our most popular coaches with his appearances across the We Make Footballers Academies, he also played at semi-pro level and has just come back from an injury; we can’t wait to welcome Esmond back onto the pitch!

“The game against AG Academy will be a good test for both teams. They will definitely have to edge in fitness over us but we definitely have the experience to win this game. We have a very strong lineup and having played with the likes of Marcelo, Andrew, Sean and Jojo for years we know how each other play so that will definitely give us an advantage”.

True to the WMF Coaching and Playing Style, he gave us an insight on the secret WMF formation “It suits our team well, we have a solid base allowing our more creative players to do what they do best”.

We have looked to important members of We Make Footballers for this game and invited Coulsdon and Carshalton franchise owner and Academy Director Simon Karrie to play: “I am looking forward to the game as it’s been awhile since I’ve had that match day buzz”. Simon has been doing fantastic work in South London coaching 150 children a week and building a brilliant squad of coaches.
We have also invited Chiswick & Southall franchise owner and Academy Director Marcelo Graca. Marcelo has been with We Make Footballers since 2010, he worked his way up the ranks and now coaches over 220 children a week! He has worked closely with Sean on the strategic formation and set plays for the match

“We’re excited as coaches to experiment with the new ‘in style’ formation which is 3-4-3! We feel with the personnel we have in our squad it will get the best out of everyone individually and as a collective”

Feel free to come down to watch the WMF Team and support your favourite Coach! The game will be played this Sunday 17th December at 2pm at Whitton Sports Centre, on the 3G Astro.

The match is about team building, sportsmanship and fair play! We hope to bring the best out of We Make Footballers by challenging highly respectable teams in the football community but also have fun and make the most of our favourite sport!